2 Month Stats
Weight: 13pounds, 13.5ounces
Height: 24.3 inches
Head circumference: 15.75inches
Clothing size: 6 months
Diaper size: 2
The past couple of months with Archer have been a joy. Elora was a fairly easy baby but Archer has been easier. So, that definitely says something. Generally he's asleep no later than ten and often sleeps straight through till six. Sometimes he wakes up for a feed around three or four but not all the time. The past week or so I've started putting him to sleep in his crib and he's had absolutely no trouble with the transition. He has the amazing ability to settle himself at night. He sleeps better now than Elora did at six months and we had to sleep train her! He continues to have great neck and trunk control and it gets better every day. He now reaches for and grabs toys. Especially those hanging from the piano kicking mat. He's begun to articulate giggles and 'talks' in adorable goos and gaas. As the pictures below will show, he's very quick to smile and is usually in a very good mood. He still gets a little fussy in the evenings but can be easily settled by being jiggled on a knee. I think it would be even easier to soothe him if he would take a pacifier but he has steadfastly refused them and has not quite mastered finger/thumb sucking yet. The one particularly challenging thing we've experienced with him is a true hate of the car seat. He'll cry and grumble and fuss when put into it until he finally fusses himself to sleep.﻿ 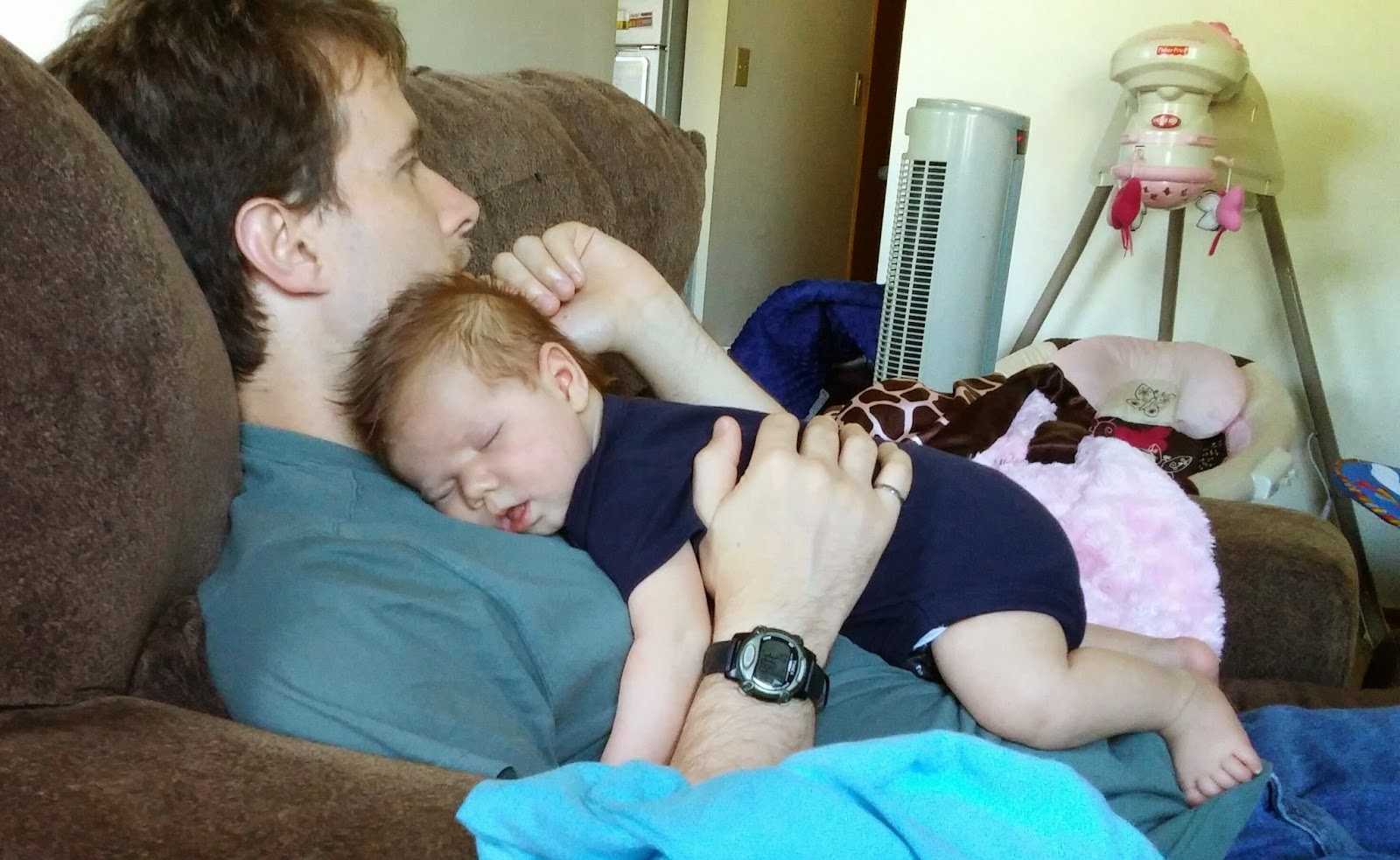 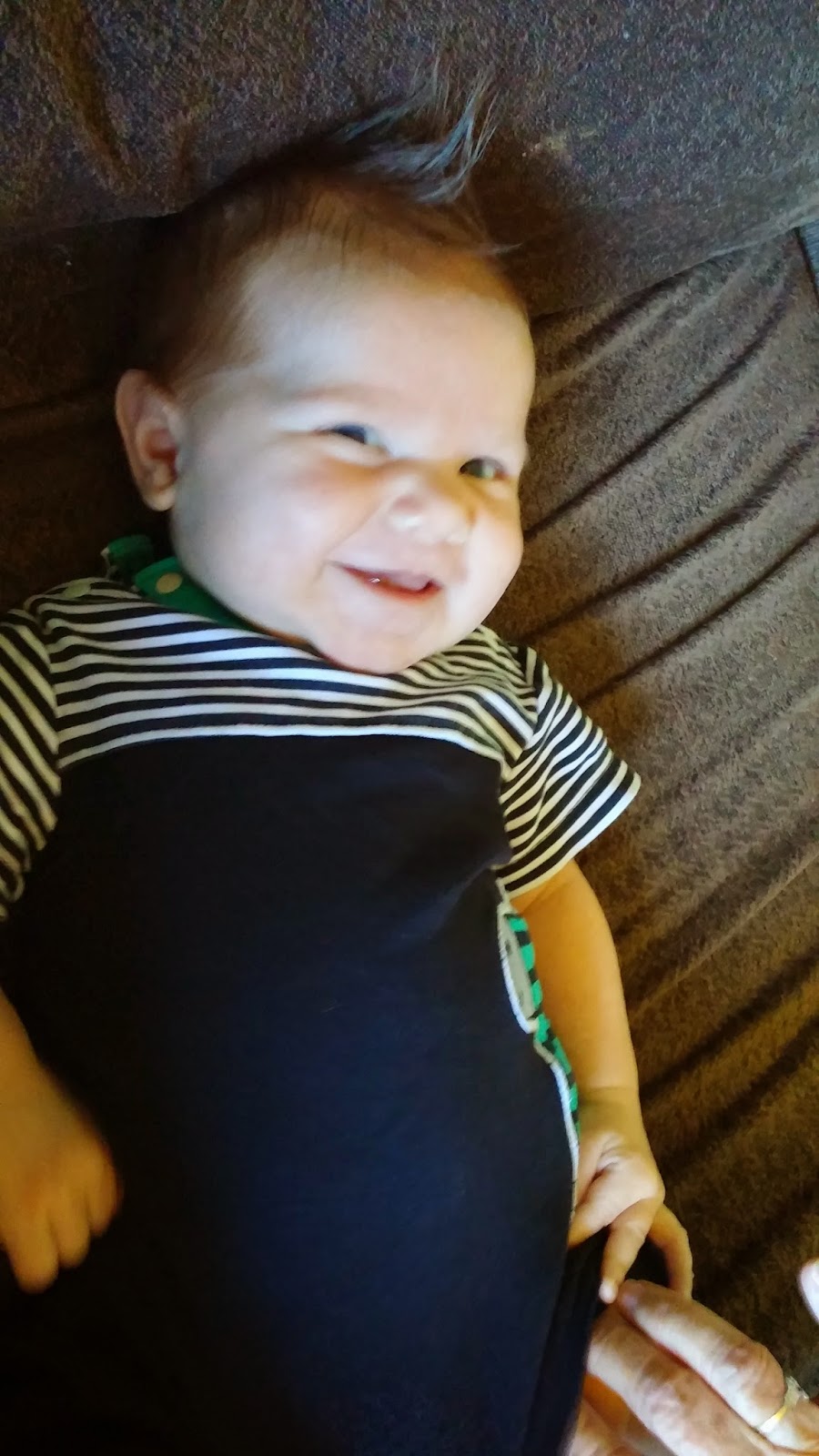 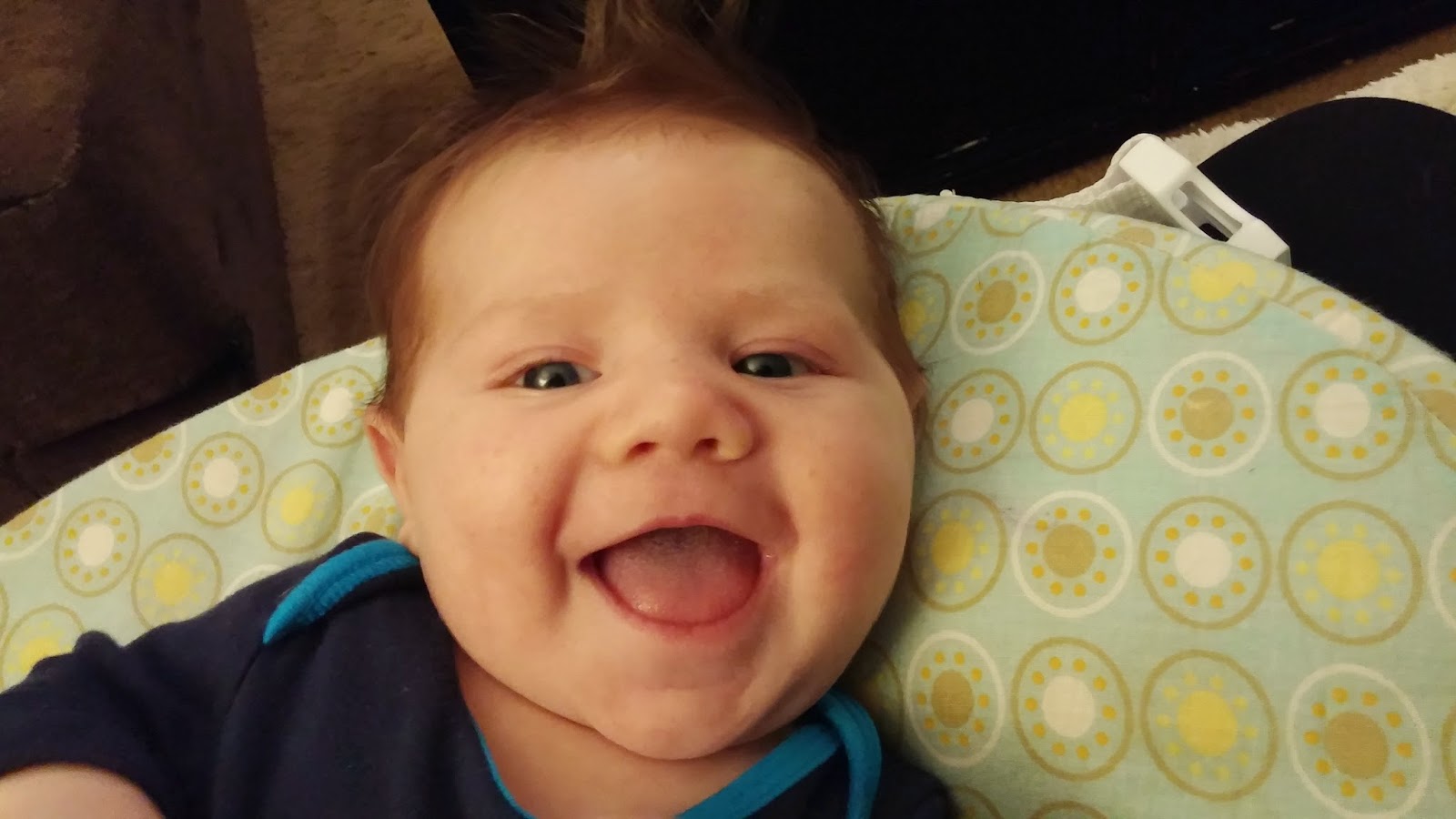 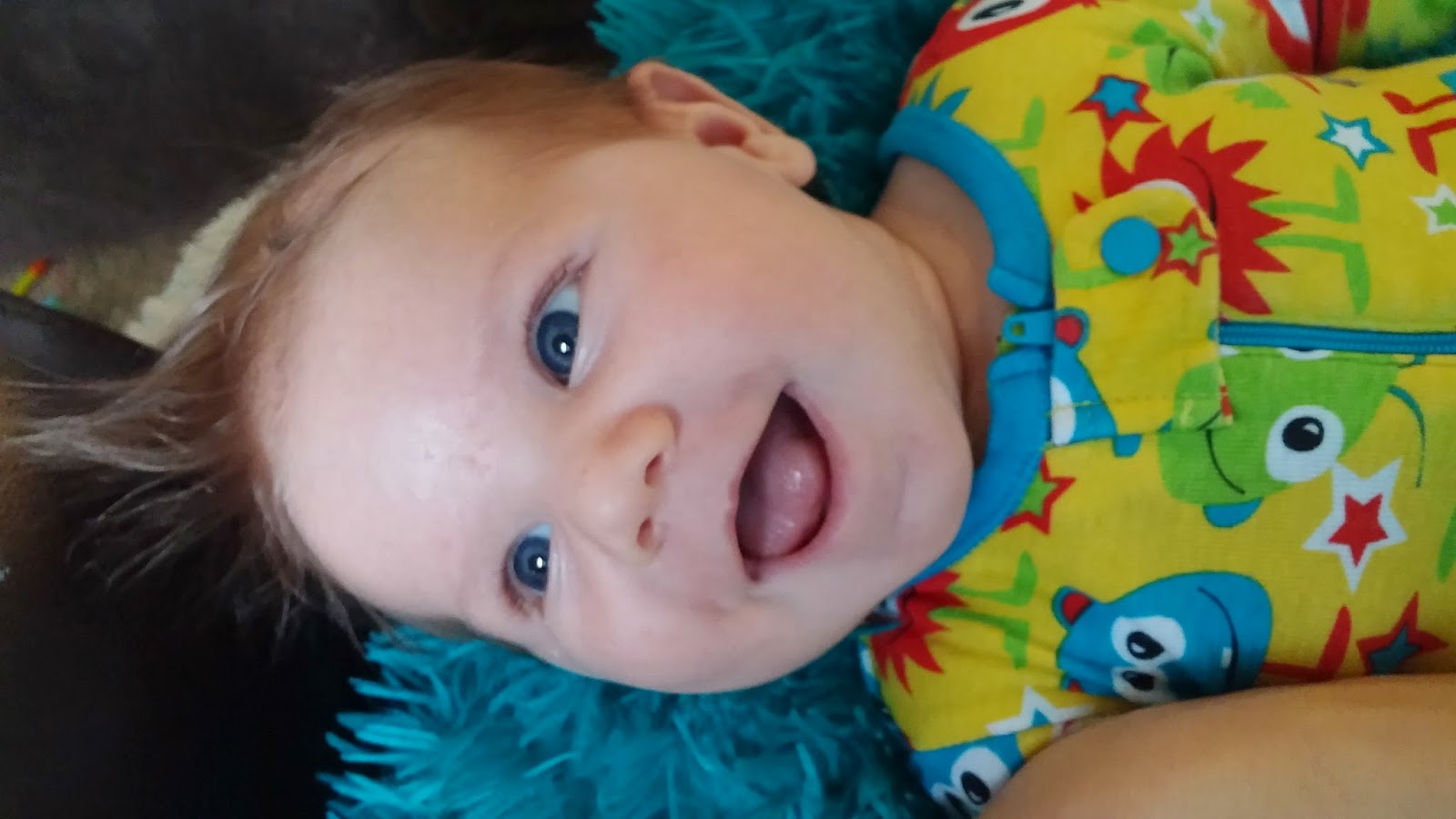 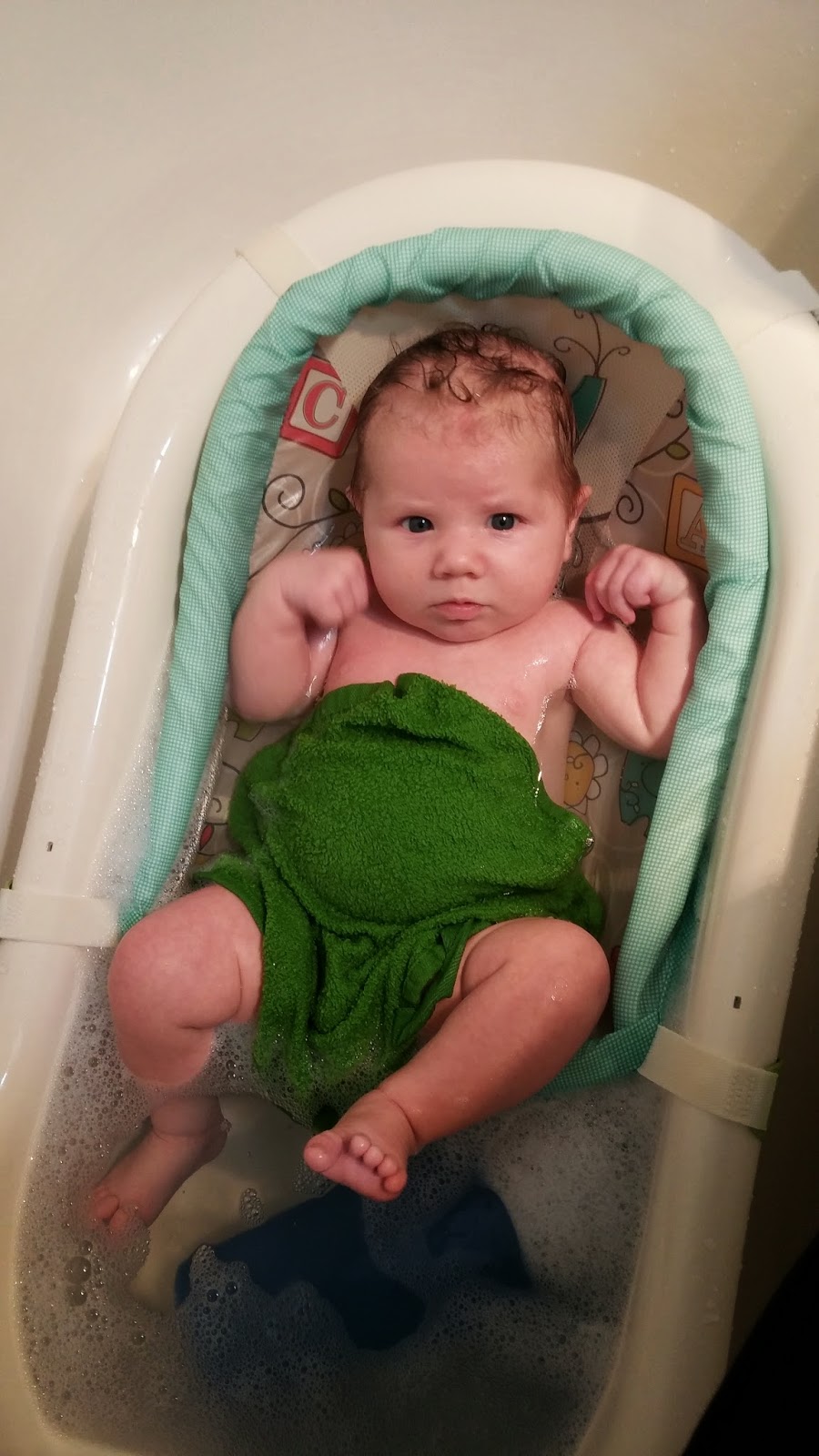 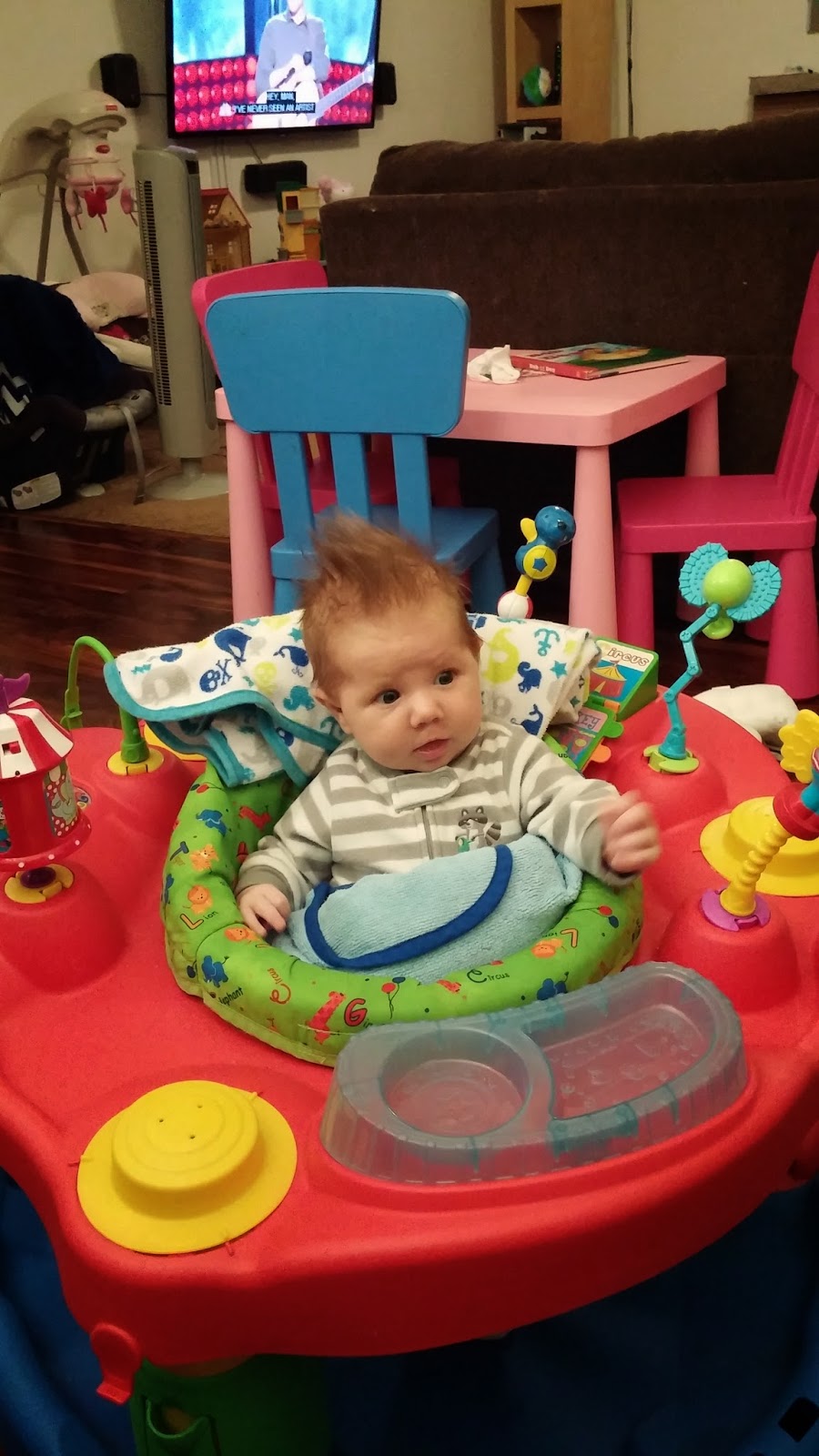 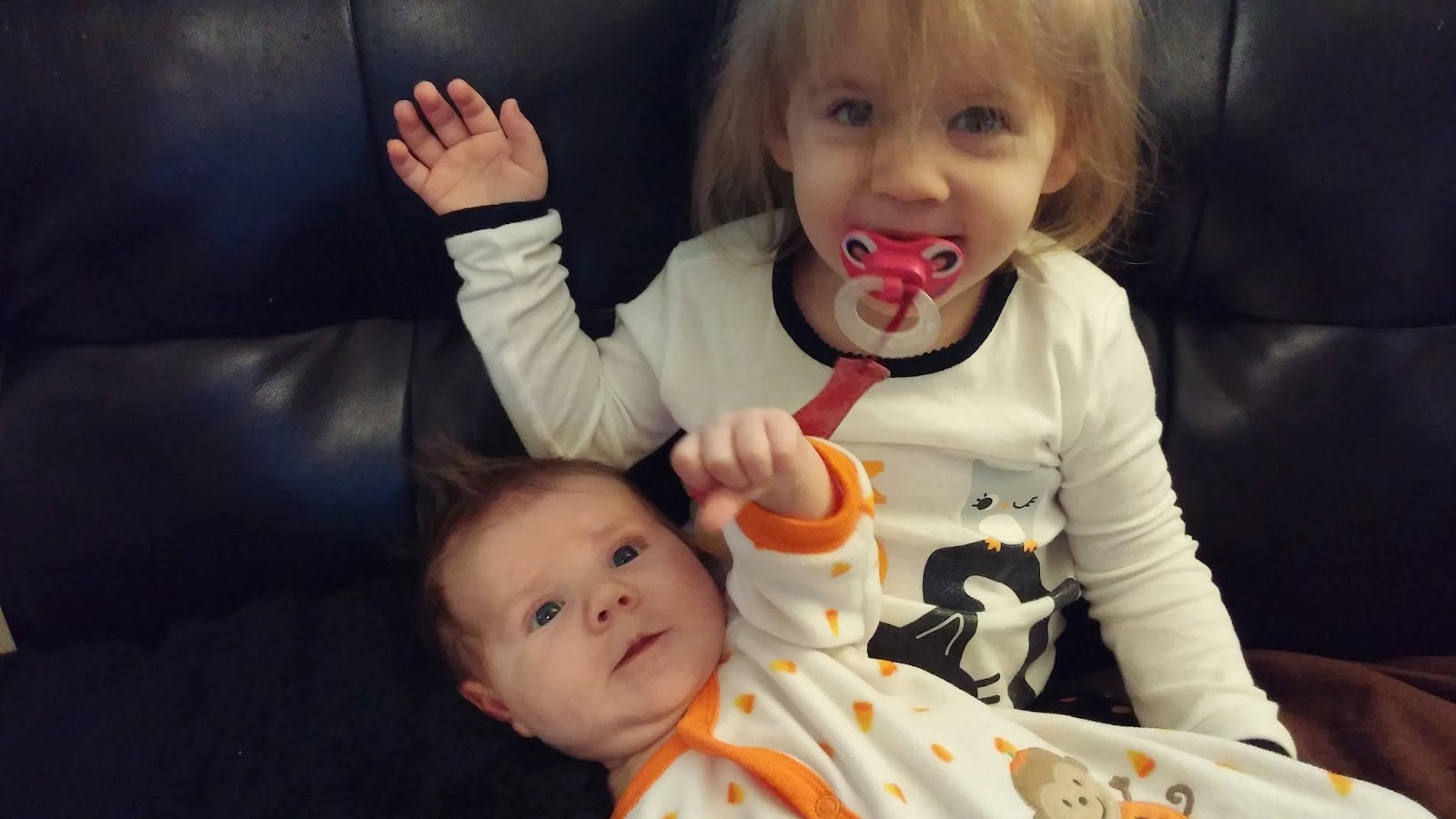 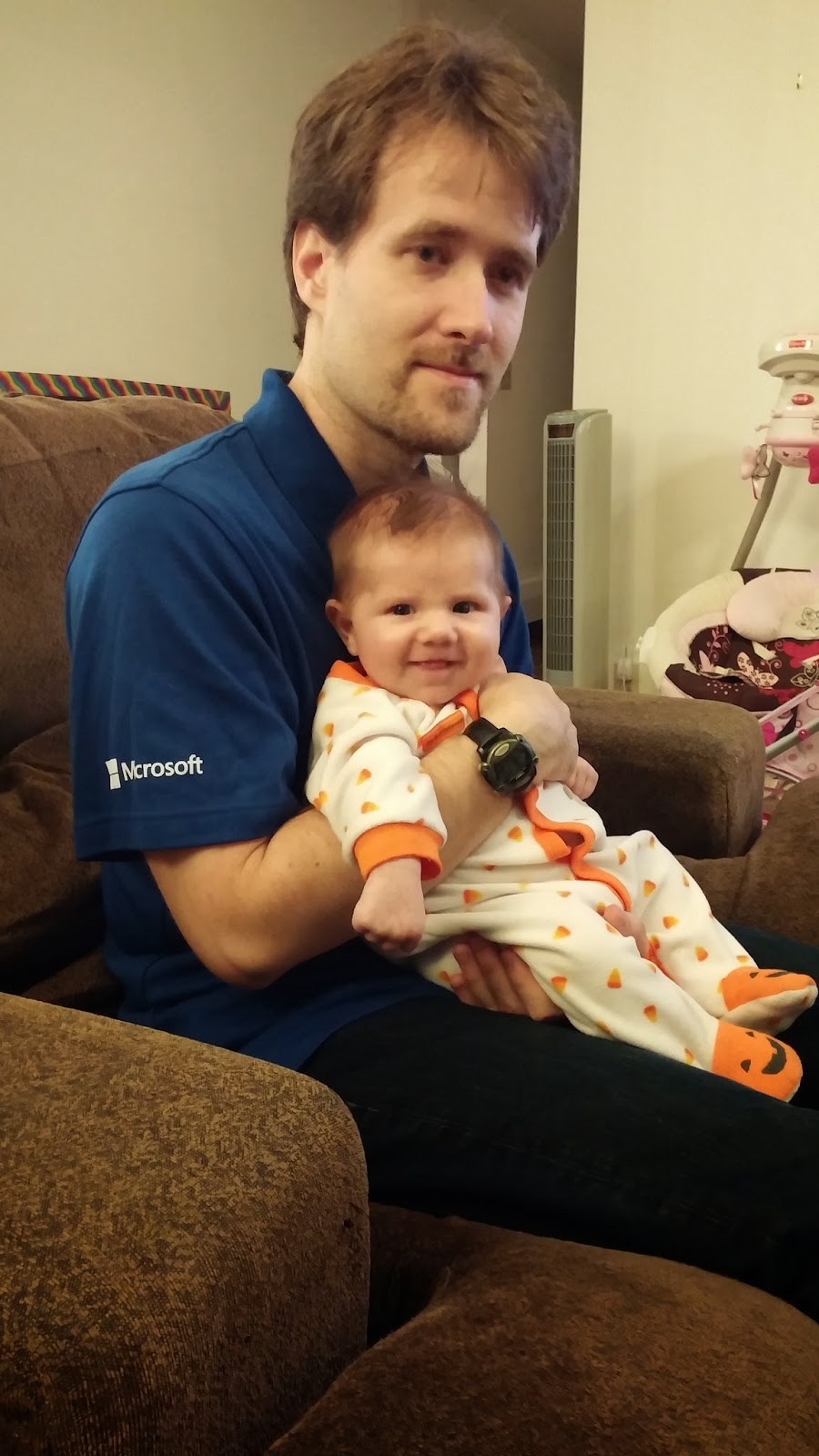 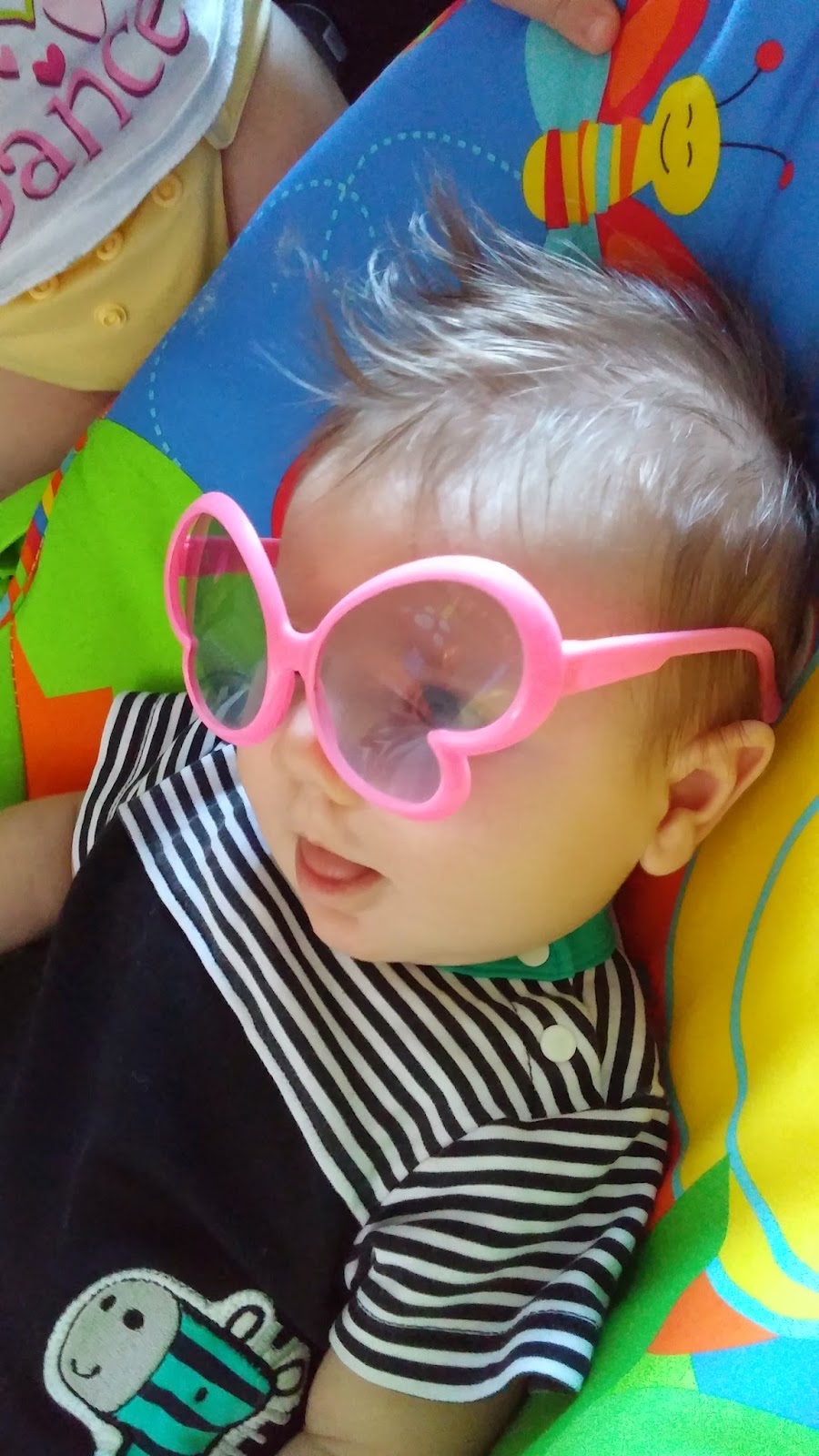 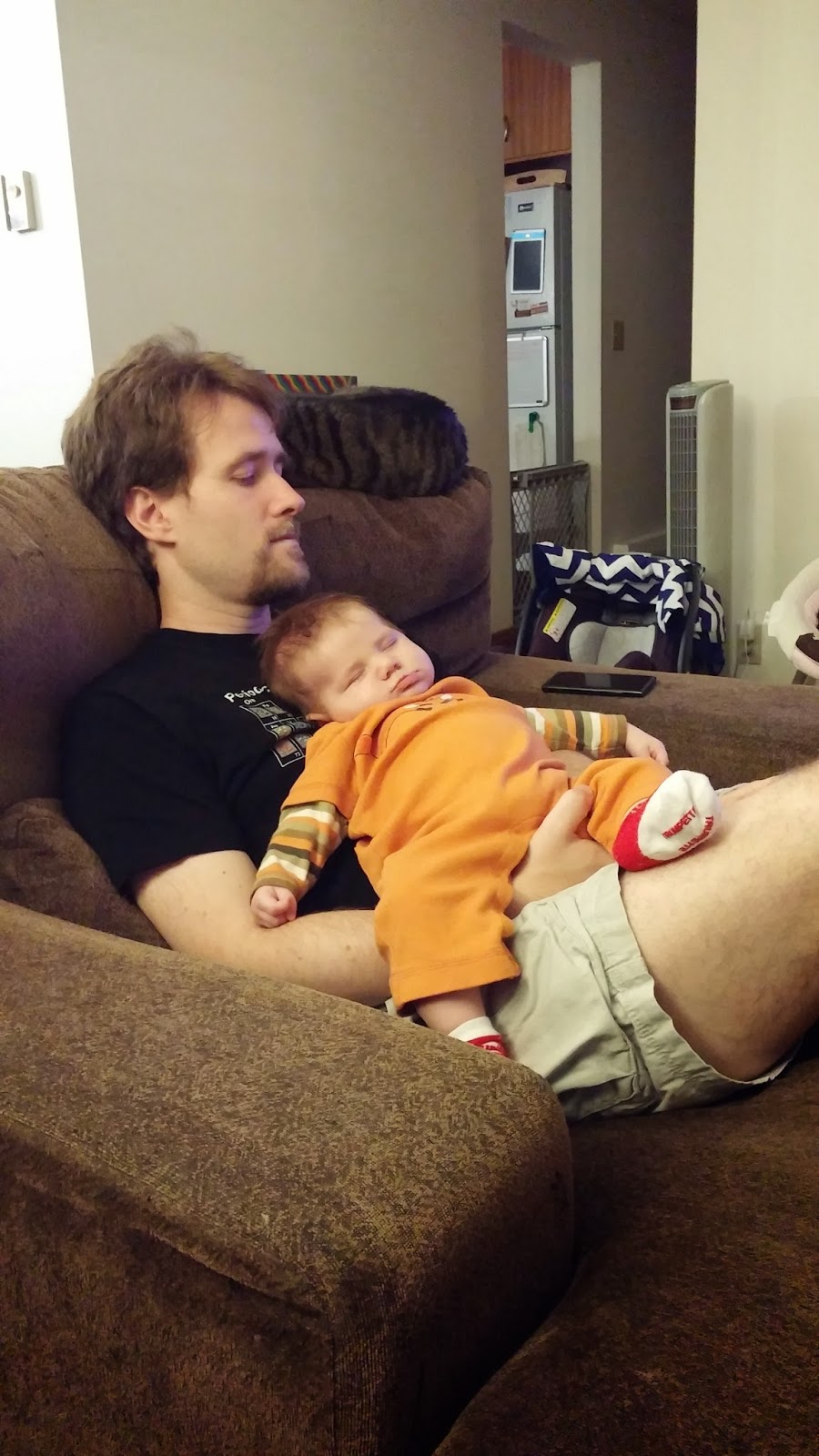 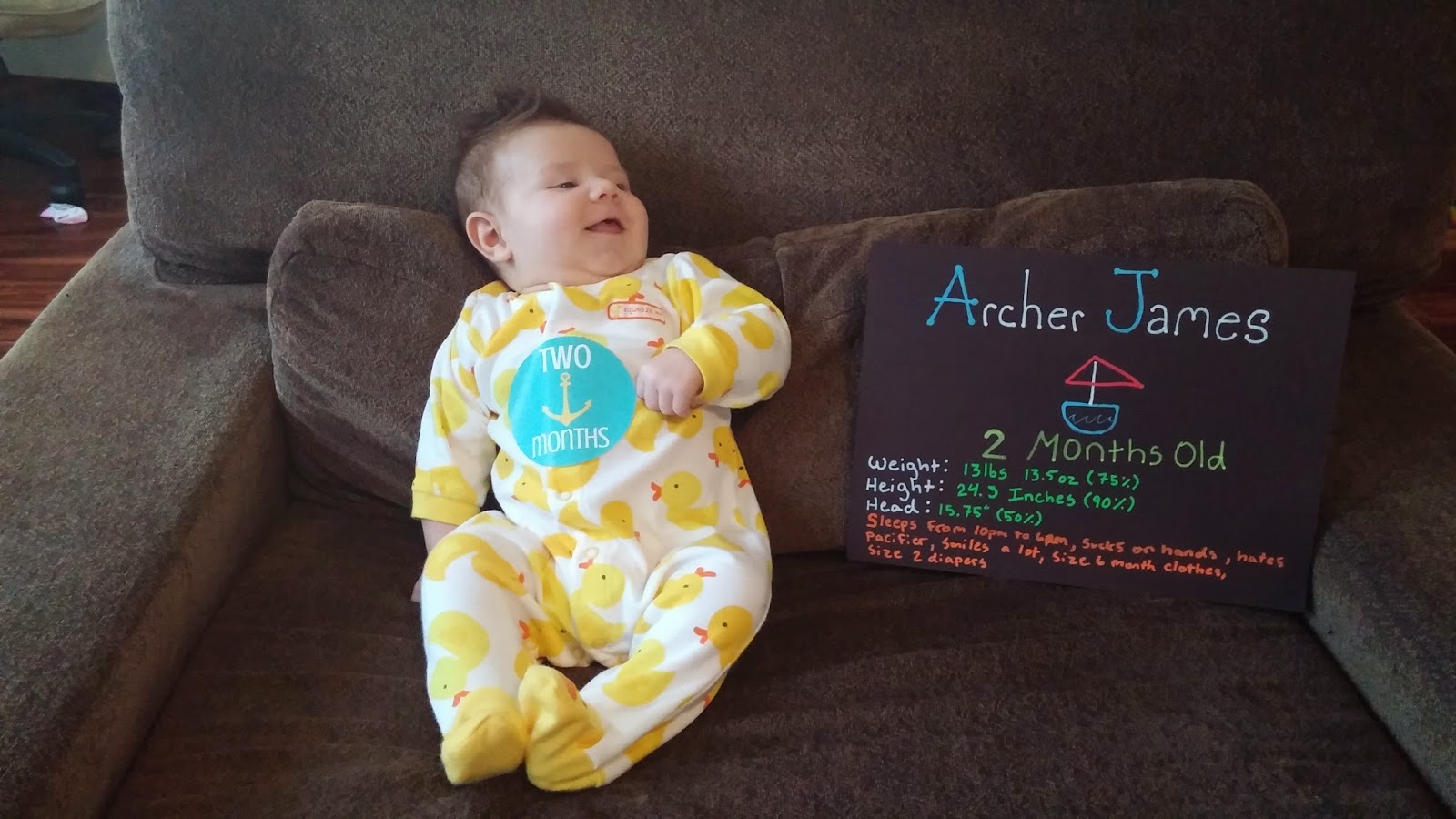 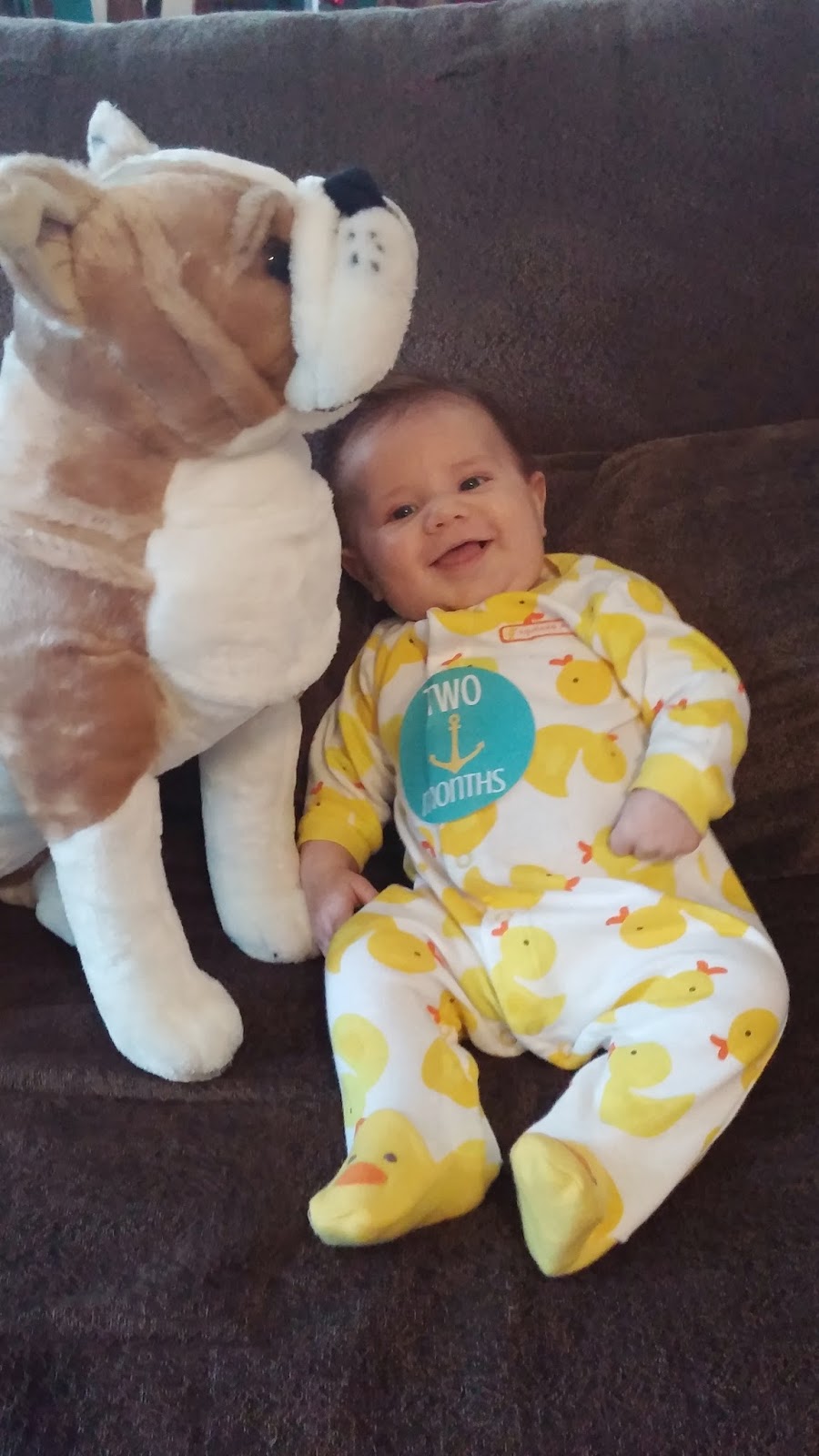 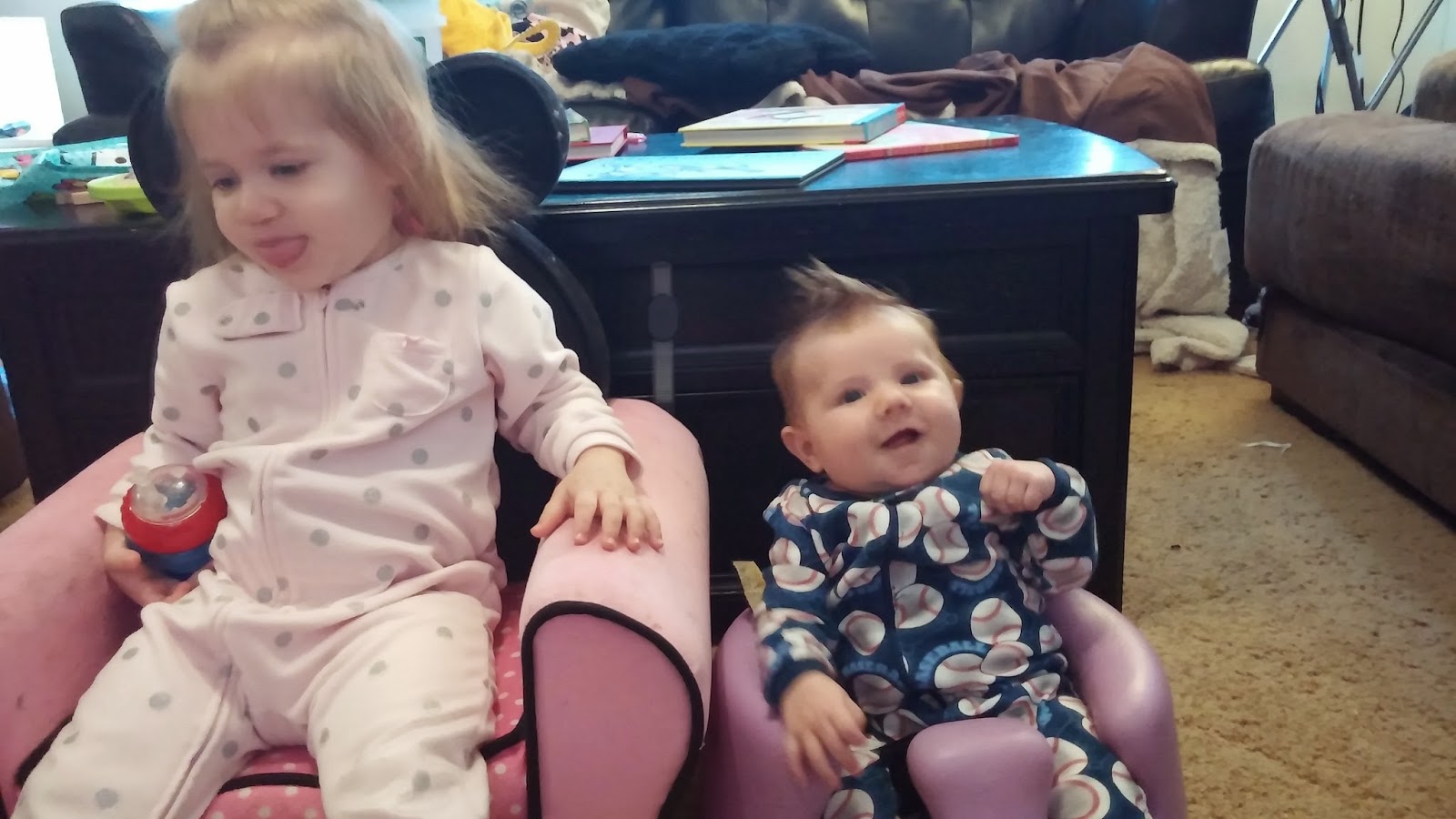 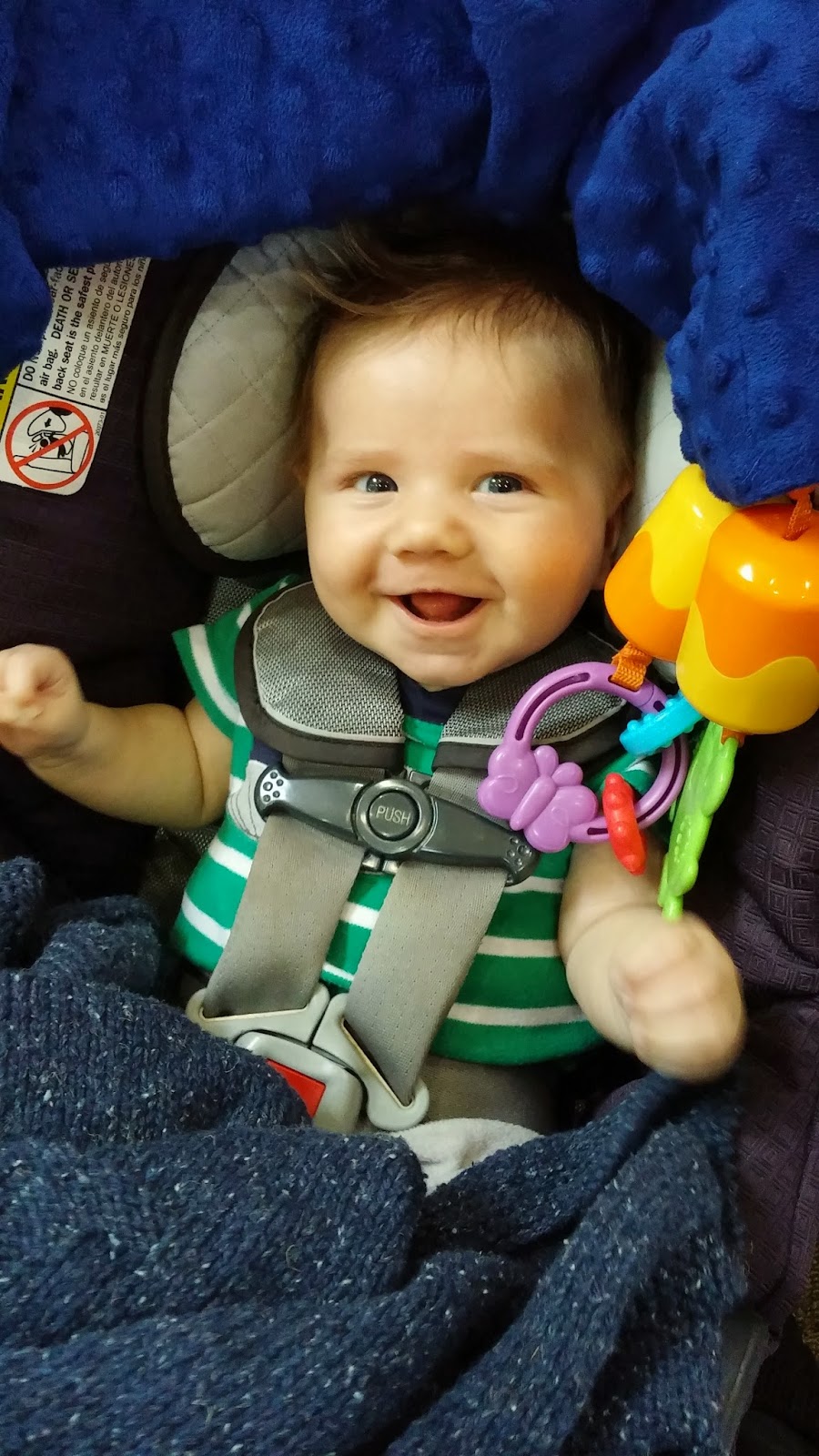 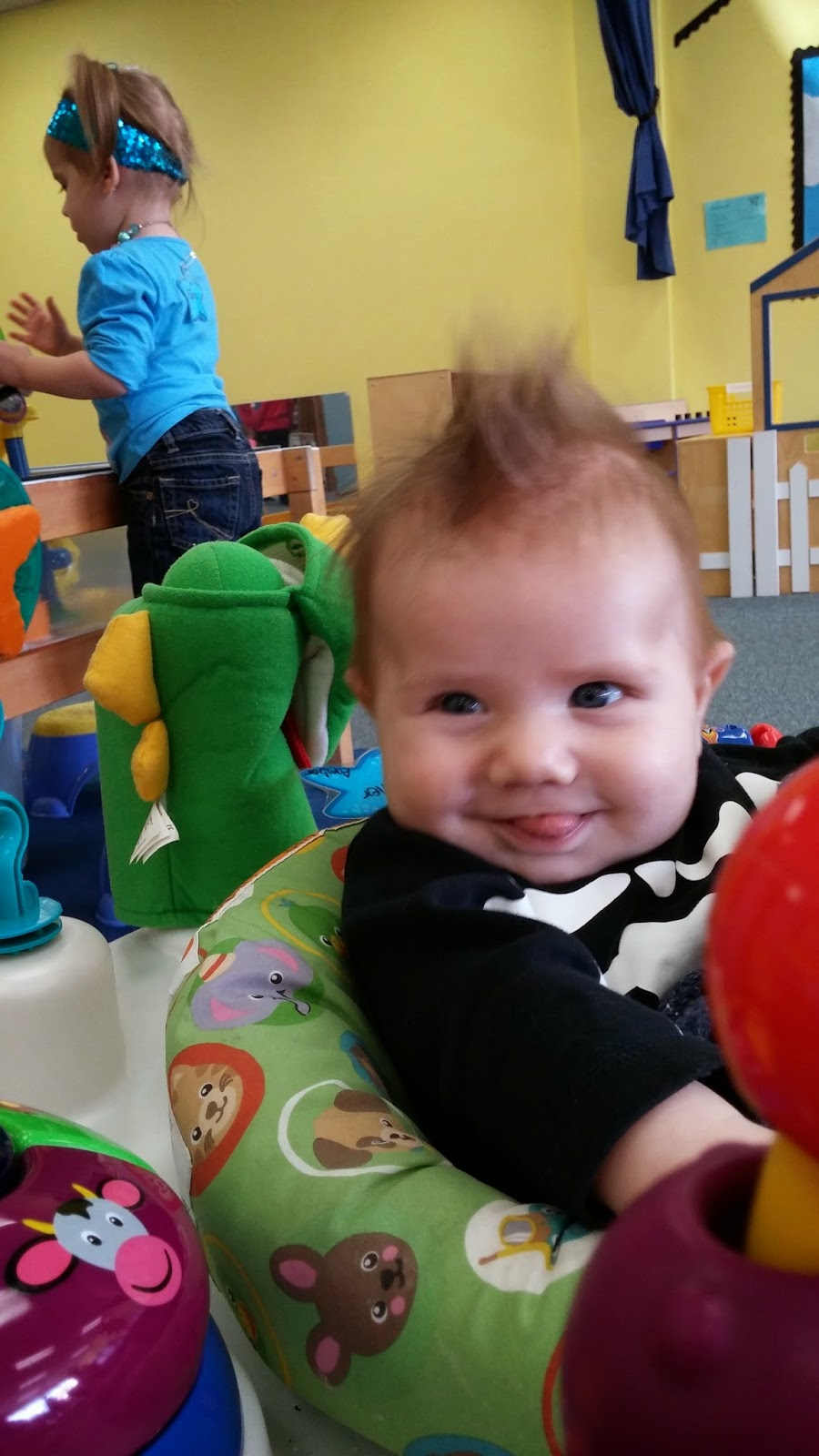 Posted by Amber Jarrett at 4:06 PM